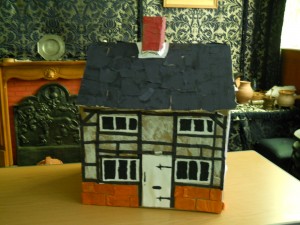 Be inspired by the current exhibition about the nearby picturesque village of Great Budworth and make a miniature scene to take away.

This family craft activity is included in the usual admission price.  Drop in any time between 10am-4pm.

Image of the Month 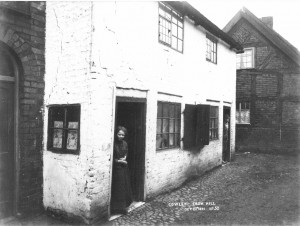 Slum housing at Crum Hill, Northwich, October 20 1891.  Like most industrial towns in the Victorian era, Northwich had areas of serious deprivation and poor sanitation.  This image was captured as part of a survey of the whole town in 1891-2.  Weaver Hall Museum is currently preparing short films for a new display about these slums viewed through the eyes of three individuals, the script being largely based on their actual words.